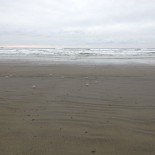 Geometry, like Calculus, begins with the seemingly simple ideas of “point” and “line.” Surprisingly, this is where “non-mathy” people begin to get lost–not for the math but for not knowing Plato.

I’ve mentioned that Plato may well be history’s most easily caricatured thinker, as he is its most important. His fundamental contribution to mathematics and argumentation–indeed to thinking itself–is the idea of “the idea,” or simply the concept.

To do Geometry (as well as Calculus or any math that involves “continuity”) one must begin with the point and the line. With these two “ideas” of thing–things that do not exist, can never exist, and are not meant to exist–begins one of the most basic of grade school subjects. But people who take things too literally, or who are perhaps naturally “whole-istic,” or simply know too much at an early age, cannot play along like the Queen in Alice in Wonderland, who practiced believing six impossible things before breakfast. Likewise, law and other abstract disciplines presuppose some Plato. Or some imagination.

One day, a Contracts professor in law school was so frustrated with students “being too clever by half” that he took a detour from “the doctrine of consideration” to Alice in Wonderland and riddles. Some students were making a habit of deconstructing his problem-illustrations by changing or questioning the premises. He coined an expression often recycled whenever someone was being too clever to play.

Likewise, to understand the Real Number system, we must begin with the ideal–the false! ideal–of the point of no width, no length, no height, yet absolutely obligatory, and the line of no height, no width and infinite length.

“But, Professor, how could something that takes up no space, exist in no time, still be?”

Similarly, an overly-worldly student, or an Aristotle gathering his biological specimen and his charts, asked of Plato, “But, how can these ideas be?” He would have chided, if Kleinberger was not around, “Don’t shoot the rabbit!”

The real number line is

“a dense, complete set of an infinite number of infinitesimal points.”

Say that again 10 times. This is “the idea” or ideal behind the numbers we see and play with. You and I, the Queen, and Plato can understand this. A computer, and perhaps Aristotle, cannot make this philosophical step. We therefore teach it Calculus through the back door, with numerical methods. This is where the gem I mentioned in an earlier post, Taylor’s Theorem, comes into play. It enables everything from engineering to financial to gaming applications on these fancy adding machines.

It’s an ironic twist that the “ideal” elements of the Real Number system enable these very “real” applications on a discrete machine!

This explanation is something a “Real mathematician” could poke “holes” in for its lack of precision. And that would help prove another point. Calculus (Real Analysis) depends on another ideal fact that facilitates a step beyond, a step that makes it possible to do much more with probabilities and that leads to the mathematical-physical-philosophical result known as “Heisenberg’s Uncertainty Principle.” “Holes” are quite okay. They won’t affect the most important results–even an infinite number of them!–so long as they are made of ideal, distinct infinitesimals: infinitesimally tiny points none of which touch one another.

This starting “ideal” notion of Integral Calculus is labelled “almost everywhere,” abbreviated a.e., presque partout or p.p. in French. In this sub-domain of Calculus one need only prove a proposition true “a.e.” to show the relevant result follows.

This may sound like Voodoo. You may say, “It can’t be true.” And you would surely be right, if we were tracing actual lines, pecking actual points on a piece of paper with a ruler and compass. But you’d also be “shooting the rabbit” and you’d be missing the point.

Briefly, the “holes” don’t matter because the Integral, defined by the area under a curve, and the basis of probability measure, will not be affected an iota by “pin-like” infinitesimal holes whether they be finite in number or even “countably infinite,” since the area under a point (of no width, length, or height) is zero. Adding up a lot of zeros still amounts to nothing, and thus a.e. (almost everywhere) is good enough.

These areas under curves (with possibly very many holes) can be generalized to a “measure” on an abstract “space” and yield probabilities of events. Such a space, together with a measure, will exhibit a property analogous to the “triangle inequality” we know from high school, that the length of a side of a triangle is shorter than the sum of the other two. Another way to say that is, taking a “short cut” is shorter because you don’t have to go around the corner. This basic fact about space and measure is behind the famous Uncertainty Principle. It is often confused with the “observer effect,” but in fact has nothing to do with “observers” and could have nothing to do with observers or physical objects whatsoever. Heisenberg’s Uncertainty is a mathematical fact derived from the nature of space and measurement (because of the way we define those ideals) and has nothing to do with “experiment.”

In summary, one can say that the theorems of Calculus are valid precisely because its starting points are “false”, and if its starting points were “true” its results would no longer be valid. And, saying this, I would neither be a postmodern philosopher playing with words, nor would I be a modern-day Parmenides.

Voilà what one person, often caricatured or misunderstood, made possible 2400 years after his death. Voilà the inescapable poetry at the heart of science.

Mathematics and
Poetry are Truth dressed as
the Impossible.
Abdelrahman A. Teleb

[The next post will extend this thread about ideals through clinical psychology, phenomenological philosophy, and explain why it’s hard to talk with mathematicians–or theorists of any type–unless you’ve practiced make believe like Alice’s Queen. It can also explain the difference between analytic and continental philosophy.]